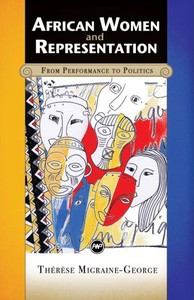 By looking at these playwrights' works within the broader context of women's roles in African performances and theater, this study addresses the following questions: What are the local, national, and global structures that have undermined African women's self-representative autonomy? How have they represented themselves through traditional performances, colonial and postcolonial theatrical genres, and scripted drama? How do their changing representations within such performative spaces reflect their changing representations within social and political spaces from the pre-colonial to the postcolonial era?

Research on women in African theater and on African women playwrights published to date remains limited and largely peripheral to the important body of scholarship devoted to the works of male African playwrights. Moreover, studies on African drama and performance tend to separate popular theater from scripted drama. This is the first book-length analysis to explore the works of both Anglophone and Francophone African women playwrights in relation to the history of African theater.

ABOUT THE AUTHOR
THERESE MIGRAINE-GEORGE is an Associate Professor of French in the Department of Romance Languages and Literatures at the University of Cincinnati. She has published articles on African literature, on the issue of homosexuality in African cinema, and on various Francophone women writers. Her articles have appeared in journals such as Comparative Literature Studies, Women in French Studies, Research in African Literatures, and the Journal of African Cultural Studies.