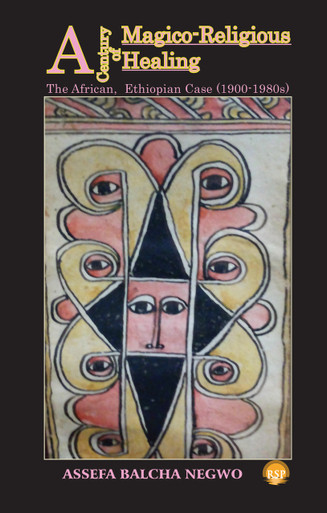 A Century of Magico-Religious Healing examines the relationship between church-based medicine and the state in Ethiopia over the course of the 20th century. Church-based healing, associated with the Ethiopian Orthodox Church, can be traced back to the 16th century. It involved a rich complex of practices based on the use of esoteric medical and divinatory texts and the manipulation of letters and numbers, as well as invocation of spirits, and the use of herbal therapies. Church-based healers underwent rigorous training lasting many years and dealt with a range of physical and social problems.

During the 20th century, church-based healers had to contend with a rapidly changing social and political environment shaped by successive state-led efforts to transform Ethiopian society. These transformations, including the introduction of western education and medicine, began with the westernizing initiatives of Menelik II (1889-1913), and continued through successive post-Menelik governments. Assefa investigates how churchbased medico-magical healers struggled to maintain their medical traditions in the face of these transformations.

"A Century of Magico-Religious Healing is based on extensive archival research and oral interviews and represents one of the only studies that we have which traces the history of indigenous healing practices in Africa over time. For that reason alone it is an important contribution to the history of medicine in Africa. Moreover, Assefa’s Balcha work is a 'must read' for anyone interested in understanding the challenges that face those working to integrate indigenous and biomedical practices in Africa."

ABOUT THE AUTHOR
Assefa B. Negwo is the former president of Wollo University in Ethiopia and has an historian by training and by profess a PhD in History from Emory University, United States. Assefa works mostly in the field of traditional healing.