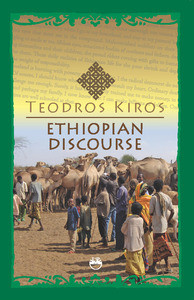 Ethiopian Discourse is a text which makes heroic efforts to engage the Ethiopian reader with the problems, challenges and traditions of classical and modern Ethiopia. For the past fifteen years, the author took on Ethiopian topics as they unfolded in real time and commented on them, challenging the policies of the existing regime. Some of the essays marveled at the idea of revolutionary democracy, when it was freshly introduced to Ethiopian thinking. Like many Ethiopians, the author was profoundly impressed by the promises of the regime in power. Hope fueled his imagination, and he wrote about revolutionary democracy admiringly. However, no condition is permanent. When the ruling regime began changing, his writings also changed. They become bitter, disappointed and marred by hopelessness. The essays of the new period reflect this mood.

Teodros Kiros is an eloquent tribune for radical democracy. He presents often complex ideas in a style that is not only accessible but warmly engaging. He seamlessly blends attention to particular issues with reflection on matters of universal import. In these ways he directly embodies the radical democratic practice that he advocates.
Victor Wallis,
Professor, Liberal Arts,
Berklee College of Music

The many years of the painstaking writings of Teodros Kiros are vindicated by the compilation of series of articles into a solid book lucidly and cogently presented to the reader. Dr. Teodros successfully blends philosophy and politics in Ethiopian Discourse, and since he is a superb intellectual and scholar, he presents an illuminating analysis of themes ranging from tolerance and democracy to national reconciliation to politics as the art of compromise to the new political culture and to a democratic citizen. The book is a powerful medium, in that it propagates a myriad of ideas, constructs a rational analysis, delineates the foundations of a new Ethiopian political culture, and advocates a forward moving of cultural evolution.
Ghelawdewos Araia, Ph.D.
African & African-American Studies
Lehman College, City University of New York

The essays that fill the pages of Ethiopian Discourse are brilliant exercises in moral and democratic critique. They are powerful challenges to persistent inequalities between human beings and also of the non-democratic nature of the political regimes that continue to govern Ethiopia in the modern period. The moral imagination soars to great heights in these writings by Prof. Kiros.
Paget Henry
Professor, Sociology & Africana Studies,
Brown University

ABOUT THE AUTHOR
TEODROS KIROS is a professor of Philosophy/ English at Berklee College of Music, a Du Bois Fellow at Harvard University and Executive Producer of the internationally acclaimed, television program, African Ascent. He is the author of eight books, including the award winning, Self-Construction and the Formation of Human values: Truth, Language and Desire, and hundreds of articles. His novel Cambridge Days is forthcoming from The Red Sea Press.