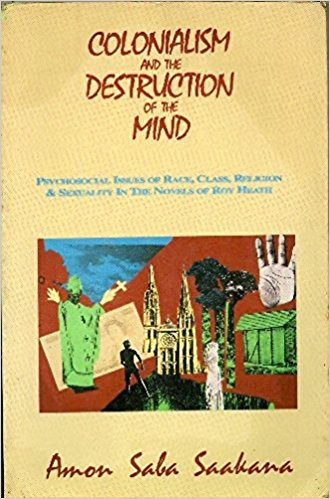 In an attempt to understand the fiction of Roy Heath in relation to the political and social history of the Caribbean, the author has utilized a number of disciplines: anthropology, folklore, mythology, feminist criticism and psychoanalysis to probe the characters and the situations in the novelist's work. In looking at Heath's characters, the author unearths the areas of colonization which have affected most sectors of the population but most tellingly in relation to the Guyanese middle class. The symptoms which underpinned middle class Guyanese life are to be found in 19th century Victorianism in which Christian idealism and virtue are contrasted with the practice of deceit, perfidy, stinginess, mental brutality and sexual repression which are released in social deviancy. Saakana establishes an intellectual context in which Roy Heath's fiction takes place and a paradigm, hitherto unknown, in which the understanding of Caribbean literature should be seen. The focus is in the use of Fanonian models of colonization, dependency and social catharsis or reproduction in the lives of the middle class.