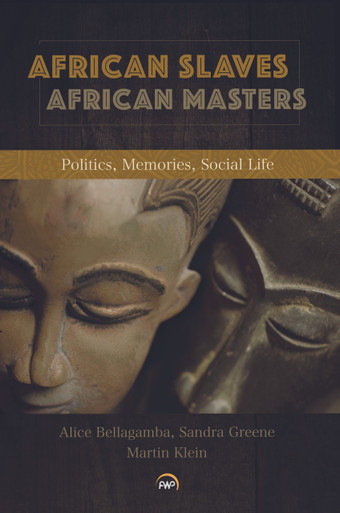 How do we understand Africa’s historical systems of slavery and the enduring political, economic and cultural consequences for Africa today? After abolition, did former masters maintain their privileges? Did former slaves and their descendants resist continued marginalization?  How did former masters and formers slaves reconfigure their relations with one another?  The essays in this volume offer biographical sketches of both masters and slaves to analyze the consequences of decolonization and democratization on former master-slave relations. They examine the history and anthropology of specific places and cultural practices, memories and silences for what they reveal about contemporary legacies.  These essays illuminate slavery as an integral part of Africa’s past and powerful emotions elicited among Africans to this day.

Slavery and slaving have had a profound impact on African cultures and institutions since time immemorial, while the legacy of slavery continues to haunt the continent in subtle and not-so-subtle forms—from stigmatization of previous enslavement to lingering exploitation and even renewed forms of slavery. African Slaves, African Masters innovatively bridges the gap between Africa’s past and its troubled present.
—Damian Alan Pargas, Editor, Journal of Global Slavery

This volume contains empirically rich and conceptually compelling studies of the complex dynamics of slave emancipation in Africa. Groundbreaking in emphasizing different and often contrasting perspectives on emancipation….  Slave owners, elite slaves and slaves able to exploit unusual circumstances are revealed through new sources and new analytical instruments. African Slaves, African Masters is a must-read for novices and experts alike.
—Benedetta Rossi, Author of From Slavery to Aid

ABOUT THE AUTHORS
ALICE BELLAGAMBA is Professor of Cultural Anthropology and African Studies at the University of Milan-Bicocca.

SANDRA E. GREENE is the Stephen ’59 and Madeline ’60 Anbinder Professor of African History at Cornell University and an elected member of the American Academy of Arts and Sciences as well as the Ambrosiana Academy in Milan, Italy.

MARTIN A. KLEIN is Emeritus Professor of African History at the University of Toronto. He has written extensively on French colonial rule, on Islam, and on the history of slavery and the slave trade in Africa.