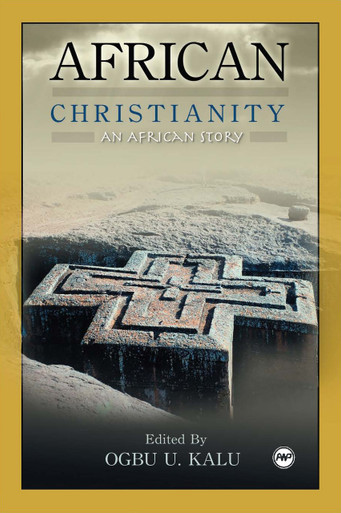 This book is designed as a textbook for use in seminaries, Bible colleges and universities that have sprouted with vigor in Africa. It is ideologically driven to build a group of church historians who will tell the story of African Christianity, not Christianity in Africa, as an African story, by intentionally privileging the patterns of African agency without neglecting the noble roles played by missionaries. The effort has been to identify the major themes or story lines in African encounters and in the appropriation of the gospel. The project has enabled these historians to work together, in an ecumenical spirit, from across many boundaries: faith, region, gender, and ancestral race. They have bequeathed to future generations to tell more of the story of where the rain of the gospel met Africans before the deluge that appears on the horizon.

“Kalu and an accomplished team of collaborators bring off in this book what has never been accomplished before—a thorough, carefully researched, interpretatively rich history of Christianity in Africa written by Africans. The depth of insights is as pervasive as the coverage is complete. This is a picture of a Christianity that shares much with other Christianities around the world but also is distinctly African.”

ABOUT THE EDITOR
OGBU UKE KALU served as Professor of Church History for over two decades at the University of Nigeria, Nsukka. He has authored several books and articles on the history of the Church in Nigeria and throughout Africa. Kalu has variously been Visiting Professor for World Missions in Seoul, Senior Research Fellow at the Centre of the Study of Christianity in the Non-Western World, University of Edinburgh, Visiting Professor at the universities of Pretoria, Toronto, McGill, Harvard Divinity School (Centre for the Study of World Religions), and at the University of Bayreuth, Germany. Besides teaching, Professor Kalu chairs a number of Ecumenical organizations concerned with the development of the Church in Africa. He is currently the Henry Winters Luce Professor of World Christianity and Missions at McCormick Theological Seminary, Chicago.