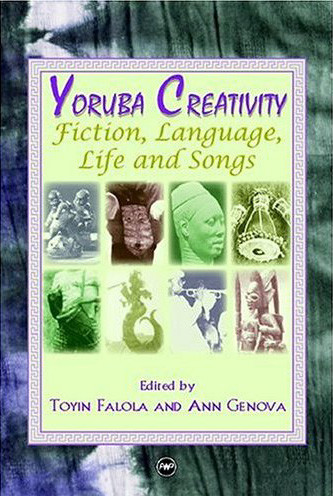 In songs, dance, and drama, the fame of the Yoruba of Nigeria is firmly established and universally acknowledged. Also with an established writing and literary tradition, the Yoruba have asserted themselves as a dominant force in the world of creativity, touching on various genres and producing men and women of fame. Such stars are represented here, as in the works of Wole Soyinka and Zulu Sofola. The power of language forms a crucial element of their creativity, with various authors examining the nature of Yoruba language and education, and the multiple uses to which language has been put to compose plays and songs. Chanters of words and famous recorders of music such as Haruna Isola and Fela Anikulapo Kuti are presented in this volume, not as competitors but as companions in the ever-expanding horizons of Yoruba eclectic manifestations of creativity. The future of the language, in the making of new idioms and dictionaries, is examined in an attempt to position the Yoruba and their cultures in the ever-changing world of cultural inventions.

ABOUT THE EDITORS
TOYIN FALOLA, author of various books on the Yoruba, including Yoruba Gurus and Yoruba Warlords, is a Distinguished Teaching Professor at the University of Texas at Austin and Fellow of the Nigerian Academy of Letters.

ANN GENOVA is completing her Ph.D. on Nigeria, and her book, Politics of Oil, will be published in 2004.