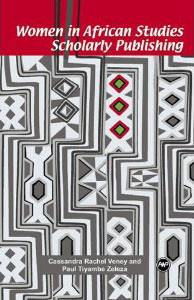 This book examines the role gender plays in African Studies. It discusses the challenges and difficulties women scholars face in their efforts to produce and disseminate scholarly knowledge. It begins with an analysis of the structural and institutional barriers that affect women’s productivity and publishing, and then it examines the growth and impact of women’s presses in Africa and the North and struggles to promote feminist scholarship in Africa, engender Diaspora Studies and forge productive linkages between African women on both sides of the Atlantic. It closes with a critical interrogation of the racialized politics of gender in African Studies in the United States.

The book provides insights into the shifting intellectual, institutional, and ideological contexts and contests in African Studies, as practiced in Africa and the North by men and women, and among women themselves who are united by their gender as they are sometimes separated by the politics of race, resources, and location. The picture presented is disquieting, but the overall message is a positive one. Clearly, women scholars and activists will continue fighting for the establishment of more equitable scholarly cultures and communities.