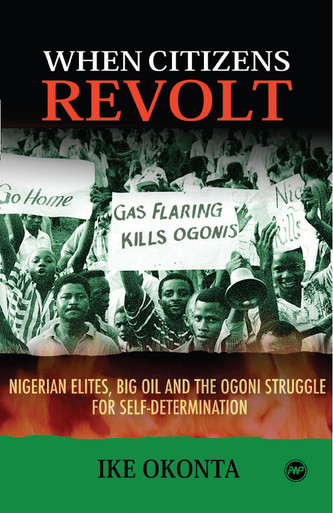 On 10 November 1995, the Nigerian military regime, under General Sani Abacha, hanged Ken Saro-Wiwa, the writer and minority rights activist, and eight other members of the Movement for the Survival of Ogoni People (MOSOP) after a judicially flawed trail.

The hangings were a critical event for the Nigerian junta and for Royal Dutch/Shell, the major international oil company operating in Nigerias Niger delta, which played a key role in shaping the Ogoni tragedy. When Citizens Revolt re-examines the evidence concerning the Ogoni struggle for self-determination and raises questions about its origins and implications as a case study of the emergence and persistence of ethnic identities and the communal politics they engender in postcolonial Africa.

Ike Okonta disagrees with the arguments of such leading Africa scholars as Mahmoud Mamdani and Donald Horowitz regarding the provenance and dynamics of ethnic politics on the continent and submits that ethnicity is not necessarily antithetical to democracy, and indeed that it may be a necessary aspect of democratic citizenship in multiethnic states like Nigeria and elsewhere in Africa. The Ogoni story, he contends, is the classic case of a people, who in order to secure their civic rights as citizens in a state increasingly resorting to rapine despotism, became tribesmen in their struggle to become citizens.

A leading Nigerian political journalist, Okonta played a critical role in the ousting of dictator General Ibrahim Babangida from power in 1993. He is also a regular contributor to Project Syndicate, the New York-based syndicate of 200 newspapers worldwide. His articles have been translated into several languages including Russian, Dutch, French, Chinese, and Arabic.

He continues to work with a wide range of African civic and political organizations, including MOSOP and the Nigerian chapter of Friends of the Earth International. He is a fellow of the George Bell Institute, Birmingham, UK.