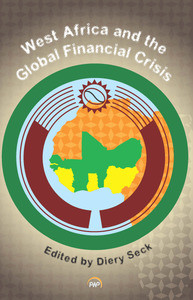 This eagerness may perhaps have risen from the sense of urgency harbored by many actors and caused by the disappointingly insufficient volume of state-of-the-art research that currently supports the advanced level of progress in the sub-region’s process of regional integration.   Indeed, there is general consensus that research must quickly respond to, and sometimes even lead, policymaking to contribute to its success.   The manuscripts that served as the basis for the discussions also helped revisit many commonly-held policy views through the scrutiny of rigorous scientific inquiry and therefore strengthened the factual foundations of regional policy undertakings. This no doubt enhances the reliance of policymaking on research and contributes to widespread consensus on what needs to be done.  As a result, the combined contributions of all the authors provide a fair degree of achievement in the reconstruction of the jigsaw puzzle that is regional integration in West Africa and help formulate a comprehensive and coherent growth-inducing and socially acceptable integrative design.

The present book seeks to provide answers on many facets of the challenges related to region-wide policymaking.  Through its 13 chapters it aims to cover a wide spectrum of policy issues of the day and to display a sense of vision that spans the entire planning horizon of most stakeholders.  It opens with a chapter that reviews the impact of the recent global financial crisis on the economies of the sub-region, and a thorough examination of the economic shocks that are characteristic of the economies of West African Monetary Zone (WAMZ) countries – five non-CFA countries.  In a second section that addresses the burning issue of the Common Currency, one study discusses the political economy of creating a West African Monetary Zone while a second one assesses the optimality underlying such a project.  A third manuscript reports on the performance of the WAEMU after 15 years of operations and suggests strategies for its future institutional development. In section 3, two complementary studies examine the record and impact of inflation, one for the case of WAEMU countries and the other for WAMZ economies.

Section 4 hosts four studies on topics such as the implications of fiscal operations on regional economic integration, the challenges of financial and trade policies under regional integration, the relationship between bank concentration and monetary policy in WAEMU countries, and the volatility and convergence of stock markets in WAMZ countries.   In a fifth and final section whose underlying stakes are paramount for the future of the West African sub-region, two studies deal with aspects of human development.  One addresses the link between currency integration and human development and the other focuses on the relationship between education and development under regional integration.

DIERY SECK  is Director of the Center for Research on Political Economy (CREPOL), based in Dakar, Senegal, since 2009.  He was Director of the United Nations African Institute for Economic Development and Planning (IDEP) in Dakarfrom 2002 to 2008.  Previously, he served as Executive Director of the Secretariat for Institutional Support for Economic Research in Africa (SISERA) of Canada’s International Development Research Centre (IDRC).  Before returning to Africa in 1995, he was Associate Professor of Finance at the University of Windsor in Canada, and later Economist at the World Bank in Washington D.C.  He specializes in financial economics and modelling of economic development issues.