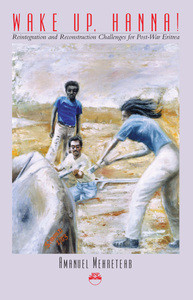 In the 1990s, after 30 years of war with neighboring Ethiopia, the small northeastern African nation of Eritrea won its independence and embarked on the monumental task of reconstruction. At the heart of this effort was the quest of hundreds of thousands of returning refugees and demobililized soldiers who hoped to make new lives for themselves and their families.

As an in-depth study by a central figure in the Eritrean reintegration process, this book examines the obstacles these returnees—a significant majority of whom were women—faced. Through extensive interviews and surveys, Amanuel Mehreteab elicited firsthand reports of the returnees’ continuing struggles for land, education, health, family, and community partnerships. He also examines the roles of the new Eritrean government and international aid organizations in establishing social rehabilitation programs and policies for the returnees. In addition, the author pays special attention to the impact of gender inequities on the reintegration process.

Wake Up, Hanna! contributes to the growing field of post-conflict studies and will serve as an important resource for individuals, agencies, and governments.

ABOUT THE AUTHOR
AMENUEL MEHRETEAB joined the armed struggle in Eritrea in 1975 and worked as a member of the Eritrean People’s Liberation Front rank and file until independence. After Eritrea’s liberation, he served for five years as head of the agency responsible for aiding demobilized Eritrean independence fighters. Mehreteab is a consultant to development organizations in Eritrea.