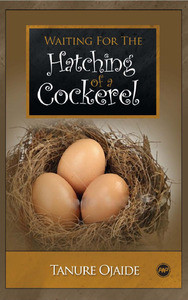 In Waiting for the Hatching of a Cockerel, the poet assumes the persona of a minstrel (Aminogbe) guided by a divine mentor (Aridon) to narrate and reflect on multifarious experiences. Aminogbe ranges on the side of good against evil in the new wars which are no longer only physical but multi-faceted in nature. The new heroes are thus not just physical warriors but activists in an array of struggles to realize a fair and just world for all human beings. The struggles for a clean environment, multinational sensitivity to local people in their business dealings, minority rights, women’s rights, rights of people to be treated as humans, and compassion, among others, constitute the criteria of the new heroism. References are made to mythical and historical figures, some topical like Ayayughe, the selfless mother in Urhobo mythology, and known figures like the living legend, Nelson Mandela of South Africa. Other figures, especially of tyrants and executives, are named indirectly but known.

Each vignette or segment of the thirty-six-section poem contributes to the totality of vision that the poet seeks in Aminogbe’s journey in the company of Aridon. This journey involves progression in the form of what Abiola Irele calls the “accumulation of impressions and sensations” towards an understanding of history. The long poem is thus a reflection on the minstrel’s self and his people’s historical memory and consciousness as he moves from personal and local concerns to national, universal, and human issues. Before the poet pauses, he affirms faith in compassion, individual responsibility, and “remembering” as the sine qua non for the betterment of the human condition.

“Waiting for the Hatching of a Cockerel is a well-crafted contemporary epic poem that harmoniously blends the traditional and the modern in poetry. In it, Tanure Ojaide, an accomplished poet, delivers a telling artistic interpretation of African history from the pre-colonial to the post-independence periods. This poem, which I enthusiastically recommend to all students, scholars and lovers of African literature and history, further confirms Ojaide’s reputation as a foremost African writer.”
—Lokangaka Losambe, Professor of English and Chair, University of Vermont

ABOUT THE AUTHOR
TANURE OJAIDE won the Commonwealth Poetry Prize for the Africa Region in 1987. His other poetry awards include the All-Africa Okigbo Poetry Prize (1988 and 1997) and the BBC Arts & Africa Poetry Award (1988). His poetry has been translated into Chinese, Dutch, French, and Spanish. His recent poetry publications include In the Kingdom of Songs (AWP, 2002), I Want to Dance (African Heritage Press, 2003), In the House of Words (Malthouse, 2006) and The Tale of the Harmattan (Kwela Books, 2007). He is currently the Frank Porter Graham Professor of Africana Studies at The University of North Carolina at Charlotte.