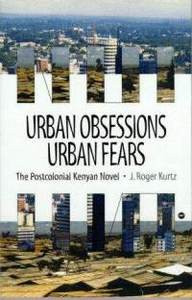 Kurtz's analysis of the development of the Kenyan novel in English emphasizes the historical contingencies affecting the production of literature in Kenya, and how succeeding generations have drawn from and expanded the thematic repertoire established by the "first generation" of works in the 1960s.

He explores the relationship between the novel and the city, and how obsessions and fears about urbanization have been expressed and represented through different generations of Kenyan writers. Kurtz has also put together the first annotated bibliography of all the anglophone Kenyan novels that have appeared since Ngugi wa Thiong'o wrote Weep Not Child.

Ngugi's Weep Not, Child made an immediate impact on its publication in 1964. Since then hundreds of novels by Kenyans have been published. This is a comprehensive introduction to the postcolonial novel in English. Three broad areas are identified:

-the first generation of the 70s

-and the years after Kenyatta in the 80s and 90s

A unifying feature is an uneasy but marked emphasis on the city-particularly Nairobi. The city is used by novelists as both the site and the symbol for a range of obsessions and fears about postcolonial society. There is particular emphasis on the changing ways in which the city has been portrayed since Ngugi's first novel, the relation of popular literature to the city, the portrayal of women in the city and the special status of Meja Mwangi's urban novels.

ABOUT THE AUTHOR
J. ROGER KURTZ is an assistant professor of English at the state University of New York (SUNY) at Brockport, where he teaches postcolonial and world literatures. Born and raised in East and Central Africa, he holds a Ph.D. in comparative literature from the University of Iowa. He previously taught at Idaho State University.