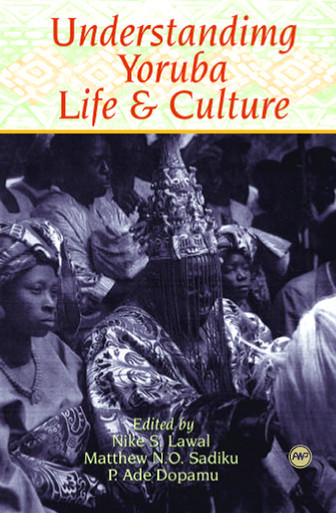 With a population of about thirty million, the Yoruba people constitute one of the largest single ethnic groups in sub-Saharan Africa. They are internationally acclaimed for their high art, complex system of government, religion, and philosophy.

This multi-authored book written by distinguished scholars like Ayo Bamgbose, Toyin Falola, Stephen Akintoye, Omofolabo Soyinka-Ajayi, Emmanuel Babatunde, H.O. Danmole, Akinbiyi Akinlabi, and Agbo Folarin, is the first of its kind to cover all the important topics and issues in Yoruba culture. Who were the early Yoruba? Where did they come from? What is Yoruba society like? What is the role of women in the society? What is the nature of their art forms? What is Yoruba philosophy? These questions and many more are answered in this significant book.

“It is difficult to think of any aspect of Yoruba life and culture that should have been included but that is not. From this perspective, no other publication on this subject achieves this unique coverage…. The work represents an interdisciplinary approach to the subject, as it displays a multi-faceted perspective with insights from history, religion, sociology, philosophy, language and literature, technology, economics, music and theater. It is a rare example of cooperation between scholars across disciplines.”

ABOUT THE EDITORS
NIKE S. LAWAL earned her Ph.D. in theoretical linguistics from the University of Essex, Colchester, U.K. She has taught linguistics and Yoruba in universities in Nigeria and the United States.

MATTHEW N. O. SADIKU was an assistant professor at Florida Atlantic University and a professor at Temple University, Philadelphia, USA. He currently works with Avaya Communications.

P. ADE DOPAMU is a professor of African religion and comparative religious studies at the University of Ilorin, Nigeria, and was the former head of the Department of Religions and the dean of Faculty of Arts there.