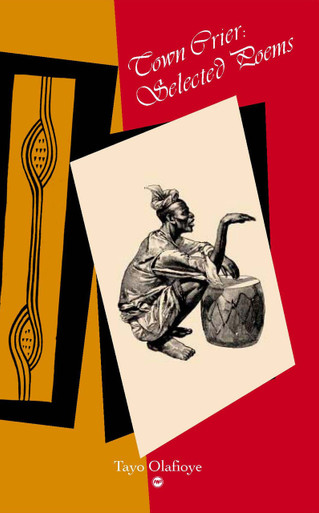 Over the years, Tayo Olafioye has published a series of works and most importantly, collections of poetry that cover divergent subjects such as culture, family, international encounters, politics, and a gamut of the human condition. This is a selection of some of the best of his poems written from 1984 to 2002. As they reveal the sociological history of the poets own experiences, these poems also celebrate and testify to the survival spirits of mankind, and, where possible, offer hope to human disillusionment.

Olafioyes voice is a clear example of a break with the idyllic verses Africa was singingthere is now a voice in present-day modes that makes itself heard. It makes for dramatic tension in the poetry, suggesting a dialogue between the poet and a political order. The poets travels keep his sensibilities quivering with the compulsion to articulate memory: tender moments of family reunions, speculations about dying, kinder days of marital bliss and other coincidences of lifes encounters.

A compendium of life experiences, both at home and abroad, Olafioyes collection is a scholarly exploration of the kaleidoscope of his innermost emotions, foibles and anxieties. He lives and breathes his nation and continent, whose moods and moans he portrays, interprets, and explains with the attentiveness of a wary artist. Reading Olafioye is punctual realism, a fresh breeze from a master craftsman and social chronicle. A must-read for conscious, contemporary Africans.

ABOUT THE AUTHOR
TAYO OLAFIOYE is a professor of English at Southwestern College in San Diego, California. His many works include A Stroke of Hope, Grandmas Sun, The Poetry of Tanure Ojaide: A Critic as Terrorist, The Parliament of Idiots, A Carnival of Looters, The Thunder in a Woman, Sorrows of a Town Crier, Arrowheads to My Heart, Bush Girl Comes to Town, Politics in African Poetry, Tomorrow Left Us Yesterday, and The Saga of Sego. He has won many awards and is a member of PEN international and the Association of Nigerian Authors.