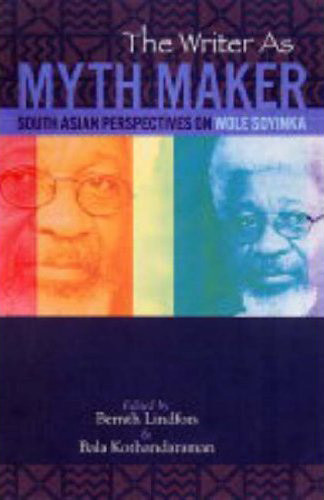 South Asian readers and scholars find Wole Soyinka and his work especially fascinating. The manner in which he deals with colonial and postcolonial experience, the metaphysical strain embedded in his commentaries on his Yoruba heritage, and the numerous comparisons he makes with other cultures appeal to a South Asian sensibility. His brilliant style, versatility in handling a variety of genres, and wonderfully ironic sense of humor are also extremely impressive. Moreover, his social activismin particular, his fearless opposition to suppression of any kindrenders him a charismatic and inspiring figure. He is the sort of person who attracts, generates and actively takes part in controversy. These multifaceted and multitalented characteristics, often paradoxical, appeal to South Asian minds which also view life in a holistic rather than a bipolar manner.

The essays in this volume focus on all the major genres in Soyinka's oeuvre: fiction, poetry, criticism, autobiography, and especially drama. The contributors employ a variety of critical techniques in coming to terms with the writings of the first African to win the Nobel Prize for Literature.