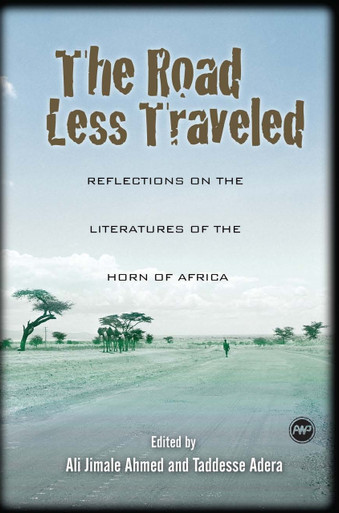 A horn is an instrument either for protection or destruction. The horn in the Horn of Africa has for so long turned inward, and on its people, thus victimizing those it was supposed to defend. The ensuing internecine bloodletting has thrown the region into an abyss out of which it is still struggling to emerge. Much of the story of this abyss is captured in social, political, economic, and literary treatises written by indigenous and international experts. Rarely, however, has there been a single volume that brings together keen analyses of the expressive arts of Djibouti, Eritrea, Ethiopia, Somalia, and Sudan.

The Road Less Traveled is the first book of its kind. It brings together in the same volume essays on the literatures of the Horn of Africa written by renowned regional and international scholars. All the countries in the region, their major writers, and the genres through which the people in the Horn express themselves are given careful attention. The volume also includes essays that traverse borders, and/or transgress generic delineations/delimitations. The essays in the volume attest to a simple fact, namely, that through the arts humans weave a labyrinthine system of symbolic representations that bear witness to lives lived or imagined. And while in the Horn of Africa catastrophes may abound, the calamity that besets this region can equally be explained through its antiphony: the perseverance and cosmic, albeit cautious, optimism of its people. A horn, after all, is also a way of making music.

ABOUT THE EDITORS
Ali Jimale Ahmed is Professor of Comparative Literature at Queens College and the Graduate Center of the City University of New York. He is the coeditor, with Taddesse Adera, of Silence Is Not Golden: A Critical Anthology of Ethiopian Literature. His most recent books are Fear Is a Cow and Diaspora Blues.

The late Taddesse Adera was Professor of English at Mary Washington College in Virginia. He was the co-editor, with Ali Jimale Ahmed, of Silence Is Not Golden.