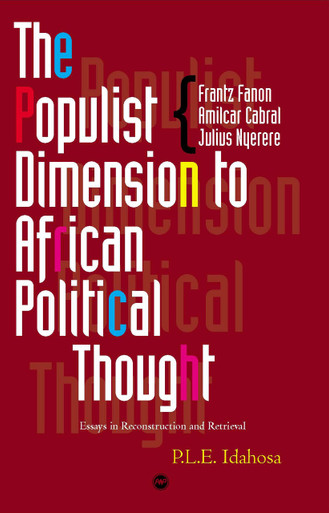 In light of the turn to culture in analysing African politics, this book re-examines some of the ideas and practices of three of the most influential activists-practioners of nationalism in thought and deed in AfricaFrantz Fanon, Amilcar Cabral, and the late Julius Nyerereby placing their ideas within the problematics of populism. This book also seeks reclamation of their thoughts in light of current excoriations of nationalisms, statism, and the idea of national development.

ABOUT THE AUTHOR
P. L. EHIOZE IDAHOSA is an associate professor and member of the division of Social Science York University, Toronto, Canada, where he directs the African Studies Program and teaches development studies and African popular culture. He is also an associate member of the Center for Refugee Studies. An interdisciplinarian, he has written on African socialism, ethnicity, development ethics, African political thought, and African popular culture. He lives in Toronto with his wife and three children.