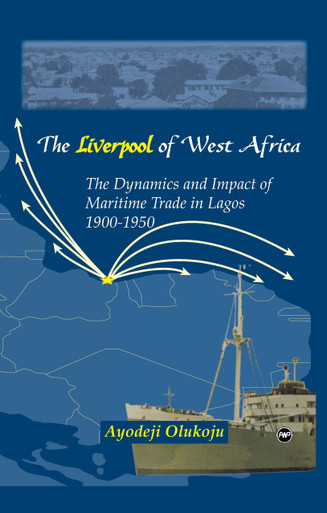 This book examines the dynamics and impact of maritime trade in Lagos within the cycles of boom and slump in the first half of the twentieth century which coincided with the heyday of British colonial rule. By locating the social and economic history of the port-city in the regional, national and international contexts, the author blends the interlocking themes of shipping, maritime trade, labor migrations, expatriate and indigenous entrepreneurship, urbanization, agriculture, transport, currency, and colonial policy.

Based on contemporary newspaper and oral accounts, the book traces the rise and fall of African entrepreneurship, the dynamics of business-government relations, and the process of the socio-economic transformation of Lagos and its Nigerian hinterland. It is the first book-length study of the dynamics and impact of the maritime trade of the port-city renowned during this period as the Liverpool of West Africa in the early twentieth-century.

This excellent study of the economic evolution of Lagos, Nigerias business capital, is a welcome addition to the growing body of scholarship on urban history. The contributions of labor, capital, and the state to the development of Eko are made abundantly clear. The contents of this well-crafted tome are of relevance to other parts of Africa and to the developed world, the latter area having benefited enormously from centuries of commercial contact with Lagos.

Richard A. Goodridge
History Department, University of the West Indies

"The "Liverpool" of West Africa is an authoritative and innovative exploration of the social, political, and economic factors which influenced the dynamics of maritime trade in Lagos under British colonial rule. Professor Olukoju has no doubt made a significant contribution to historians' knowledge of the role of the port of Lagos in the economic and commercial development of Nigeria and West Africa.

ABOUT THE AUTHOR
AYODEJI OLUKOJU was educated at the University of Nigeria, Nsukka, and the University of Ibadan. He has taught at the Ogun State (now Olabisi Onabanjo) University, Ago-Iwoye, and the University of Lagos, where he is Professor of History and Head of Department. Olukoju has won several honors and awards, including the Japan Foundation and British Academy Fellowships. He also serves on the boards of African Economic History and Afrika Zamani. He is the author and co-editor of several books.