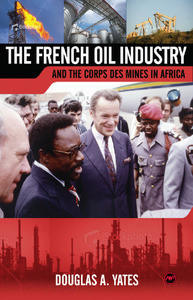 From the perspective of Africans, the French are infamous for their oil activities in Africa, and their companies ELF and TOTAL are familiar names.

This is a biographical history of the French oil industry, one of the most important in Africa, told from the perspective of the lives of the men who made it. How old is the French oil industry? Who founded it? Who ruled it? Going back to the old family firms that drilled and distilled petroleum in the late Middle Ages, this book follows a story of the rise of a new breed of state engineers, educated at the prestigious Ecole Polytechnique, who became members of a state administrative elite. This Corps des Mines who founded the national oil champions represent a case study in technocracy, sovereign enterprise, and French administration. Much more than a corporate history, or another sectoral study, this book attempts to bring to life the long and curious narrative of an administrative grand corps, and how it shaped an industry. Using vast archival material available only in France, pillaging the special collections and public libraries, interviewing the oilmen, and visiting the locales, Douglas A. Yates has brought together a unique collection of soldier-engineers, black sheep, and financiers whose lives tell the story of an industry that expanded into a veritable empire under the banner of TOTAL.

ABOUT THE AUTHOR
DOUGLAS A. YATES is a political scientist at the American University of Paris/AGSIRD, where he teaches African politics, international relations, and development studies. He is the author of The Rentier State in Gabon: Oil-Rent Dependency and Neocolonialism in the Republic of Gabon (1996) and co-author, with David Gardinier, of the Historical Dictionary of Gabon, Third Edition (2007).