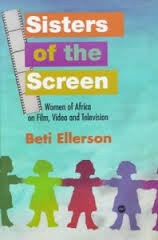 "African women in the cinema" is not a monolithic entity. Ngozi Onwurah even asserts that there needs to be more distinctions made between the disparate technologies, locations and conditions in which African women work. There is, nonetheless, an exciting phenomenon that is emerging. Women from every region of Africa are using the diverse mediums of film, video and television, in the various formats of 16 and 35mm, Beta, Hi-8 and 3/4 video to produce feature, short, documentary and animation, films which are shown in movie houses, on television, at film festivals and cine-clubs. While they come to cinema from different paths, African women in film, for different reasons and at different moments, share a common goal: to bring images to the screen.

The scope of the interview-format book covers a continuum of experiences from the pioneer women to women film students who are making their debut in the film arena. The interviews probe broader political concerns of democracy and free elections, and international issues of civil war and its devastating consequences on women and children.

Some women talk about their direct involvement in national liberation struggles and the importance of raising consciousness around AIDS and other health issues, as well as women's literacy and education. Still others contemplate their roles as a communicator and catalyst for change, stressing the need for women to organize among themselves and come together as a collective body to realize their objectives. As their diverse experiences converge under their common interest in cinema, the thread that weaves their voices together is guided by their commitment to visualizing women's stories.

Beti Ellerson teaches in the Department of Art at Howard University and is Producer/Host of Reels of Colour, a local television series focusing on independent filmaking by people of color, which airs weekly in the Washington D.C. area. Her work on cinema of Africa and the African Diaspora has appeard in Ecrans d'Afrique and a special issue on women in African Cinema in Matatu 19. She is also producing a video-documentary on African women in the cinema, featuring the women in the Sisters of the Screen.