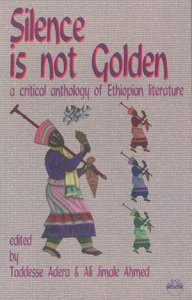 This anthology, which is the first of its kind ever on Ethiopian literature, aspires to provide insights into a body of literature which had been marginalized more than other post-colonial literatures. The articles collected here trace and analyze the development of Ethiopian languages and literatures from Ge'ez to the first Amharic novel, T'obbia. In an attempt to create balance, effort has also been made to incorporate representative critical works from almost all modern literary forms. This collection intends to provide readers with a general insight and an increased awareness of the richness of Ethiopian literature.

The volume brings together a number of scholars and practitioners of the world whose interest in the subject matter is rivaled only by an equally compelling interest in reading and situating Ethiopian literature in the wider context of world literature. In this sense, other scholars and interested readers will have at their disposal the means/tools to engage in inter- and intra-literary studies. Since this volume has a pre-cursorial contour, and since it is the first, it is hoped that it will engender discussion and pique the interest of the reading public.