SEEING THE WORLD IN BLACK & WHITE, by Linus T. Ogbuji 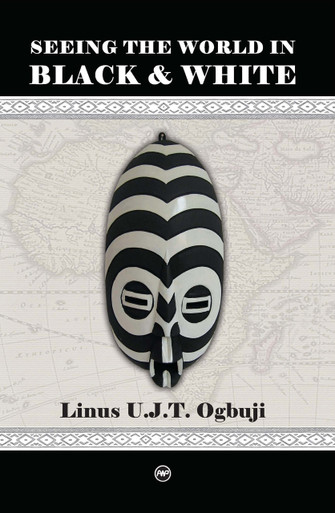 SEEING THE WORLD IN BLACK & WHITE, by Linus T. Ogbuji

Seeing the World in Black and White recounts the authors peripatetic life. Starting in colonial Nigeria, it unfolds as a trek through the times and places in Africa where the wind of change was blowing thick and fast, and through Europe in summer hitch-hiking forays while a student. It ends with the authors extended sojourn in the USA as an academic and a scientist.

The book recalls a pleasant childhood in rural Nigeria: school and social life firmly controlled by Irish missionary teachers and priests; a feverish anticipation of independence; the rigid regimen of life in a Catholic boarding school; an education that proved a solid foundation for future competition at home and abroad; invaluable lessons in discipline, responsibility and self reliance.

Straying farther from home, the author attended Nigerias premier junior college, the Federal School of Science, and was set to proceed to university when Nigerias civil war exploded on the scene and swept away all civic pursuits. Commissioned into the Biafran Army after rudimentary infantry training, he plunged into the bloody war for the three grueling years; in the process he met his future wife, Margaret.

At the end of that war the quest for education took him to Egypt, a country grief-stricken at the sudden death of its President, Gamal Abdel Nasser. Cairo was an ideal place for exploring the world: a tourist heaven in its own right with a window to the distant past of the Pharaohs, a hotbed of intrigue for freedom fighters, and a refuge for deposed leaders from all over Africa. It became the authors springboard for summer trips to Europe, for leisure, work, and study. In the 1970s Europe was a liberal place, inquisitive about the world and friendly to the foreigner  attributes the author later found to be sorely lacking in the USA.

Graduate school followed in the USA, after which he joined the faculty of the University of Florida, Gainesville. But Nigeria was once again abuzz with optimism engendered by oil wealth and a return to civilian government after decades of military rule; the author took his family back to Nigeria and spent the 1980s at academic engagements in Nigerian universities.

In 1990, following Nigerias reversion to more coups and military misrule, he returned to the USA and spent 14 years as a scientist at NASAs Research Center in Cleveland, Ohio. They were 14 years of struggle against prejudice at work and bigotry in the residential community, against that implacable racial hostility that is characteristic of the USA.

Now retired, Linus T. Ogbuji teaches as an adjunct professor but devotes his attention mostly to his growing family of three sons and several grandchildren.