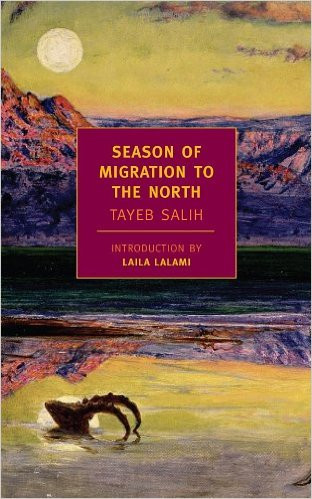 After years of study in Europe, the young narrator of Season of Migration to the North returns to his village along the Nile in the Sudan. It is the 1960s, and he is eager to make a contribution to the new postcolonial life of his country. Back home, he discovers a stranger among the familiar faces of childhood—the enigmatic Mustafa Sa’eed. Mustafa takes the young man into his confidence, telling him the story of his own years in London, of his brilliant career as an economist, and of the series of fraught and deadly relationships with European women that led to a terrible public reckoning and his return to his native land.

But what is the meaning of Mustafa’s shocking confession? Mustafa disappears without explanation, leaving the young man—whom he has asked to look after his wife—in an unsettled and violent no-man’s-land between Europe and Africa, tradition and innovation, holiness and defilement, and man and woman, from which no one will escape unaltered or unharmed.

Season of Migration to the North is a rich and sensual work of deep honesty and incandescent lyricism. In 2001 it was selected by a panel of Arab writers and critics as the most important Arab novel of the twentieth century.

"An arresting work by a major Arab novelist who mines the rich lode of African experience with the Western world."
—Publishers Weekly—

"Season of Migration to the North is among the six finest novels to be written in modern Arabic literature."
—Edward Said, Professor of English Literature, Columbia University
Author of  Orientalism—