SCRIPTURAL POLITICS: The Bible and the Koran as Political Models in the Middle East and Africa, Edited by Niels Kastfelt 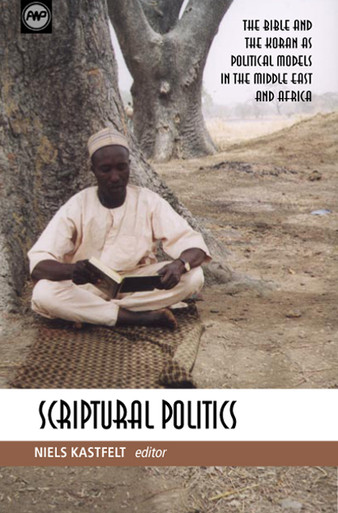 SCRIPTURAL POLITICS: The Bible and the Koran as Political Models in the Middle East and Africa, Edited by Niels Kastfelt

Scriptural Politics examines how the Koran and the Bible are interpreted and acted upon by political movements in the Arab world and in Africa.

It is commonly held that the Koran has more specific rules for organizing society than does the Bible: thus while Islamic activists see the Koran as a model from which they can derive concrete and all-encompassing instructions, Christians view the Bible as a source of political visions, images, symbols, and metaphors. The contributors contend that this assumption should be reassessed, given the way the Bible is being interpreted in contemporary African Christianity. They also explain how the different political traditions of Africa and the Arab world shape reactions to the Koran and the Bible.

The book also offers a comparison of Islamic and Christian radicalism in the 1990s. Islamist and radical Christian groups of a charistmatic-pentecostal orientation have been on the rise in Africa and the Arab world in the 1990s, and they show remarkable similarities, not only in their principles of scriptural interpretation and opposition, but also in their explicitly demand for lay people’s unmediated access to the true meaning of the holy scriptures, thereby providing them with a crucial role and hence undermining the monopoly of religious specialists, the ulama and the pastors.

ABOUT THE AUTHOR
NIELS KASTFELT is a researcher and lecturer at the Institute of Church History, University of Copenhagen, Denmark.