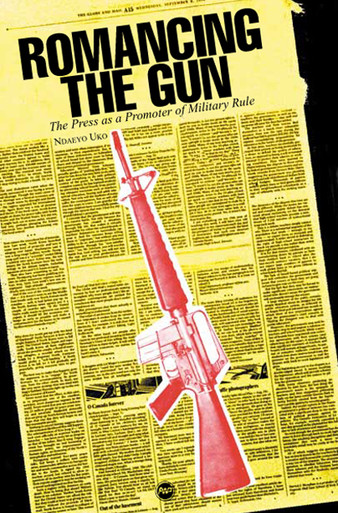 This books rare insight on media practice shakes conventional notions of the role and enabling environment of the modern press. "Romancing the Gun" rattles academic tradition by illustrating that Nigerias hard-hitting press has not only thrived better while military regimes were in power but that it actually welcomed and supported praetorian rule.

This compelling book draws its energy and depth from the combination of Ndaeyo Ulos engaging media practice in Nigeria, and his international education and academic career in the United States, the United Kingdom and Australia. It exposes the chasm between the armchair media scholarship of Westerns scholars and the damning reality of the media institutions in non-western societies. "Romancing the Gun" retells the history of the press in Nigeria, and confronts some of the issues that Nigerias brand of journalism and the countrys debased political system had driven into oblivion. One example is the letter-bomb death of prominent Nigerian editor and columnist, Dele Giwa, in 1986 that made headlines around the world. This books asks some questions which the international and local media as well as scholars were too polite to conceive and ask about the incident that shook the media world. One such burning question is: what would a renowned journalist be expecting in a large envelope from a military dictator on a Saturday morning?

By posing startling questions and querying conventional wisdom and mental habits, "Romancing the Gun" unveils the power and irresponsibility of the Nigerian pressone of the worlds freest pressesand provides crucial missing pieces in the puzzle of global media scholarship and practice.

ABOUT THE AUTHOR
NDAEYO UKO has worked as reporter, media critic and editor for influential Nigerian newspapers including "The Guardian" and "The Daily Times." He has also reported for major international papers such as the "San Jose Mercury News" in California, the Pulitzer-winning "Daily News" of St. Thomas, US Virgin Islands as well as "The Independent," and "West Africa" magazine in London. With his post-graduate education in the UK, US and Australia and a lofty research profile, he switched to university teaching in the US and in Australias James Cook University where he currently teaches Journalism and French.