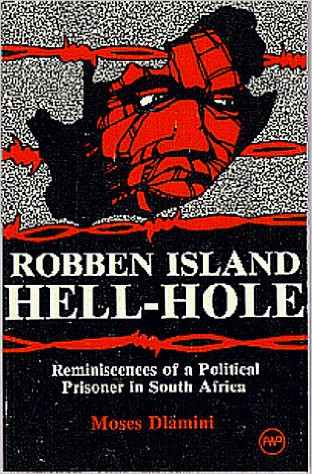 Hell-Hole, Robben Island is one man's account of political imprisonment under conditions designed to degrade human beings and destroy the ideals of Black liberation. In the years about which Moses Dlamini writes, Robben Island prison contained both "criminal" and "political" prisoners, the former being ruthlessly used by the government as an extension of its power to destroy dissent. The desperate relationships between the criminal gangs, in particular the Fascist "Big Fives", and the political prisoners are shown as a reflection of South African society by reminiscences which throw light on the author's background and the sequence of events leading to his imprisonment. out of that experience has come this book with its vivid and compassionate descriptions of individual attempts to survive, both physically and mentally, in desperate circumstances. Writing in a uniquely South African style, Moses Dlamini has given us a stunning account of the Black people's life in that tortured country.

ABOUT THE AUTHOR
MOSES DLAMINI was prompted into active politics by the Sharpeville shootings of 1960 when he became an underground member of the Pan Africanist Congress. Arrested in September 1963 and convicted of furthering the aims of a banned organization, he spent two years of his imprisonment on the notorious Robben Island. On his release in 1969, he was banished to Eastern Transvaal from where he escaped to Swaziland. He went eventually to Tanzania where he became PAC representative for that country, and now works as an accountant for the United Nations High Commission for refugees.