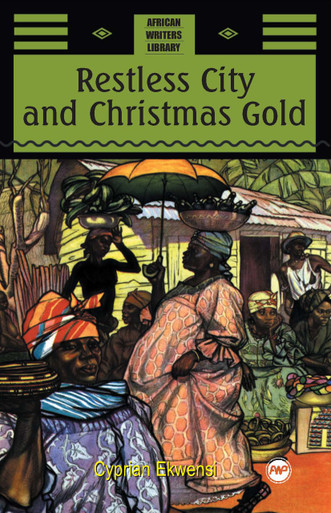 In this collection of fifteen stories, Cyprian Ekwensi brings together glimpses of city life, love, and death. In addition, he captures the tragic, commercial, and spiritual aspects of Christmas in two West African cities. This collection ranges in time from the pre-independence Africa of the 1950s to the independent Africa of the 1960s and 1970s as depicted in Night of Freedom. In The Indispensable, Ekwensi also dramatizes how human resources of the highest level are practically indispensable to development.

Avid readers of Ekwensis writing will be able to recognize in some of this earlier collection of stories the genesis of later novels and novellas that were published in the famous African Writers Series. The Great Beyond, Death of a pathologist, One and Eleven, and Bus Stop Mystery are all seen as reminiscent of People of the City. On the other hand, the plot of Beautiful Feathers has been likened to that of Night of Freedom, while Make Believe Night is regarded as a forerunner to Lokotown. The lead story Restless City comes from the manuscript of an unpublished novel.

All in all, readers familiar with Ekwensis early works will relish the re-publication of these novels under the African Writers Library (AWL) series of Africa World Press.