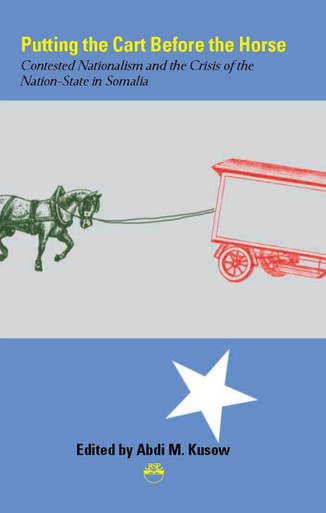 This book represents an attempt to introduce the notion of contested national identity as a theoretical framework for understanding the crisis of the nation-state in Africa, and Somalia in particular. The contributors to the volume share the perspective that one of the principal variables that inform much of the present crisis in Somalia resulted from the simultaneous co-existence of two paradigms/narratives (lineage-based versus territorial) of Somaliness that contest the meaning of people, place, and the history on which nationalism is predicated. The volume represents a major shift in the study of Somali historiography in that the contributors challenge the well-known Somali assumption that a common culture can form the basis for national solidarity regardless of the social and political contexts/realities within which the boundaries of the nation are constituted.

Informed by this perspective, the contributors to the volume argue that the current social and political crisis in Somalia must be seen as a war over contested ideas and social identities, a conflict of interpretation of who has the right to define the social boundary of Somaliness.

ABOUT THE EDITOR
ABDI M. KUSOW is an assistant professor of sociology at Oakland University, Michigan. He studied at Michigan State University, The University of Michigan, and Wayne State University respectively. He has published in numerous academic journals and in book chapters, notably in Symbolic Interaction, Policing, Northeast African Studies Journal, Ufahamu, and a chapter in The Invention of Somalia (Red Sea Press, 1995).