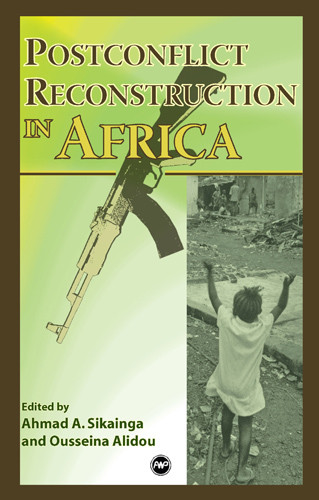 This book is a collection of essays by prominent scholars, NGOs, and policy makers who explored reconstruction efforts currently taking place in a number of war-affected African countries. In addition to analyzing the various approaches and theoretical paradigms for the study of conflict resolution, democratization, reconciliation, healing, and nation-building, the book explores such topics as ethno-cultural dimensions of reconstruction; gender, regeneration, and conflict; rehabilitation of child conscripts, particularly girls; strategies for psycho-social healing; demobilization and reintegration of former combatants, and economic dimension of reconstruction. In the volume, these themes are illustrated by examples from Ethiopia, Somalia, Sierra Leone, Kenya, Niger, Mozambique, South Africa, and the Democratic Republic of Congo.

ABOUT THE EDITORS
AHMAD A. SIKAINGA is Professor of History and African American and African Studies as well as the Director of the Center for African Studies at the Ohio State University. His publications include, "Slaves into Workers: Emancipation and Labor in Colonial Sudan" (1996), "City of Steel and Fire: A Social History of Atbara, Sudan's Railway Town, 1906-1984" (2002). He is also the co-editor of "Civil War in Sudan" (1993).

OUSSEINA ALIDOU is Assistant Professor in the Department of Africana Studies and an affiliate member of the graduate faculty in Anthropology at Rutgers University.