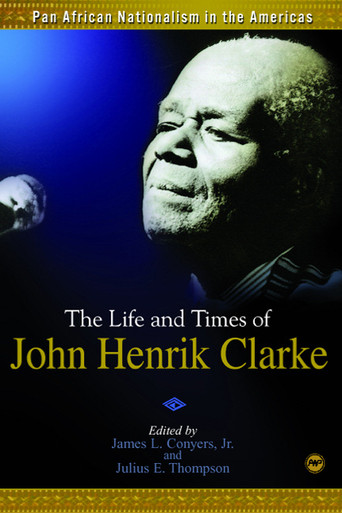 As one of the pioneering scholars in the discipline of Africana Studies, John Henrik Clarke spent majority of his adult life, researching, rescuing, constructing, debating, and preserving the study of African World history. His unique style and analyses postured from a Pan Africanist perspective, is one of the lasting contributions Clarke dispensed to students and life long learners.

This volume is a compilation of unpublished critical essays solicited from selected scholars and a number of previously published articles of Clarke. The subject categories are in the areas of: critical essays, Black Nationalism, Africana thought and biography, Africana historiography, narratives, and global Pan Africanist political thought.

In reviewing the scholarship of Clarke, the editors posit that he sequentially queried the privilege of selected cultural groups and the systematic subordination of others. They conclude that Clarke was primarily concerned about issues of equity, and considered the moral and ethical behavior of humans central to racial harmony. With ardent and critical analyses concerning the status of Africa world affairs, he was a humanist, who dedicated himself to advance the social, political, and economic conditions of African people throughout the world.

"This impressive tribute to the genius of John Henrik Clarke pays a long overdue debt to one of the most important, but under-appreciated, African American thinkers of the 20th century. James Conyers, Jr. and Julius Thompson have filled a major void in Africana scholarship by providing an easily accessible collection of Clarkes important writings about topics that remain relevant for understanding the contemporary circumstances facing African descended people. The volume successfully presents the diversity of approaches used by Clarke. Readers will marvel at how Clarke used essays, biographical sketches, cultural analyses, and personal experiences to produce a multi-dimensional interpretation of the role of Africa and people of African descent in the contemporary world order."

JULIUS E. THOMPSON who earned his Ph.D. in American history from Princeton University in 1973 is currently Professor of History and Director of the Black Studies Program at the University of Missouri, Columbia. He is the author or editor of over fifteen books, of which the most recent is entitled, Dudley Randall, Broadside Press, and the Black Arts Movement in Detroit, 1960-1995.