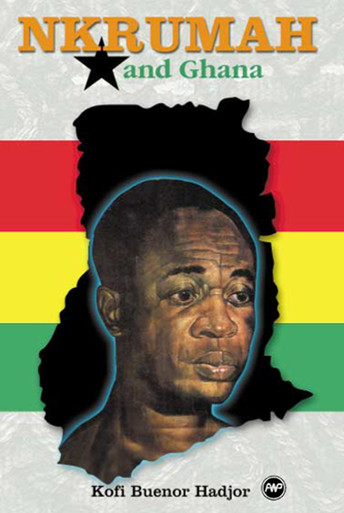 This study of Nkrumah provides a compelling account of one of the most significant politicians in post-colonial Africa. Hadjor argues that although Nkrumahs experiment failed, it continues to have relevance for Africa today. He also illustrates how certain mistakes were unavoidable during Nkrumahs time. He writes of the clarity of Nkrumahs vision, which helps to throw light on the problems many Africans face today. In this important way, Hadjors reworking of the essential themes of Nkrumahs presidency contributes to the debate on the political future of Africa and promises to give focus to the recent revival of interest in Nkrumah.

From the Authors Conclusion:

Nkrumah...always managed to stay ahead of his time. If anything, his greatest tragedy was the fact that he was so much ahead of those around him. Very few were able to follow the implications of Nkrumahs perspective. Even those who were often inspired by his vision could not, on their own, follow on the right road.

Nkrumahs legacy of thought retains its vitality precisely because it is the intellectual product of Africas historical experience. With Nkrumah, ideas point the way to action and develop further through action. It is this dialectic between ideas and action that made Nkrumah such a sensitive tribune of the people. He captured the mood and aspirations of his people and translated them into a universal message for Africa and for black people everywhere. That is why African Americans can so readily identify with the perspective outlined by him.

Nkrumah requires not adulation but consideration. All Africans owe a debt of gratitude to his liberating vision. The best way to repay the debt is for a new generation of Africans to learn for themselves the value of study and political education. Africans need not only to share his dream, but also to share his determination to build a new Africa.