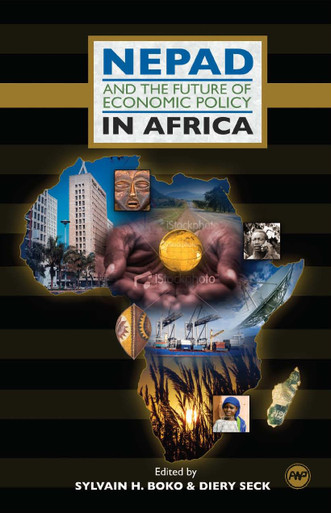 In October 2001, at its Summit in Abuja, Nigeria, the African Union (AU) adopted the proposal for the New Partnership for Africas Development (NEPAD). NEPAD is a fusion and a synthesis of two proposed development frameworks, the Millennium Partnership for the African Recovery Program (MAP) developed by President Thabo Mbeki of South Africa, and the OMEGA plan proposed by President Abdoulaye Wade of Senegal. It represents a vision and a framework for socio-economic development in Africa and aims to promote sustainable development in Africa through poverty reduction, immersion in the global system, and increased investment.

To achieve its objectives, NEPAD identifies the following principles as necessary conditions for the implementation of its vision: maintaining peace and security; promoting democracy, good political, economic and corporate governance, and regional cooperation and integration; enhancing capacity building, and human development, and infrastructural development; promoting agricultural production, intra-African trade as well as access to the global market. NEPAD has also made gender promotion and environment protection as center-pieces of the implementation of its vision.

In November 2005, four years after the adoption of the NEPAD program, the African Finance and Economic Association (AFEA) and the United Nations Institute of African Economic Development and Planning (IDEP), organized an international conference on the NEPAD, in Dakar, Senegal, attended by African and Africanist experts, researchers, academics and representatives of civil society from Africa, United States, and Europe.

It was the first such conference whose objective was to conduct a critical evaluation of the NEPAD program in terms of its impact on the development process in Africa. Specifically, the selected papers focused on the assessment of the various aspects of the NEPAD framework, including the African Peer Review Mechanism, Economic Governance and Institutional Reform, Market Access and Agriculture, Poverty Reduction, Gender Issues, Globalization and Regional Integration, and Financing of NEPAD. The selected papers were the ones that adopted a rigorous and analytical approach to the evaluation of the NEPAD.

The resulting volume will become a handbook first and foremost for African policy-makers, who will find in it recommendations, based on rigorous and practical research and analysis for ways to improve the implementation of the NEPAD framework.

ABOUT THE EDITOR
SYLVAIN H. BOKO is the Zachary T. Smith Associate Professor of Economics at Wake Forest University. He is the author of Decentralization and Reform in Africa in addition to other publications on economic development in Africa. He also serves as consultant on regional development projects in Africa. He is the former President and current Chairman of the Board of Directors of the African Finance and Economic Association.

DIERY SECK is the Director of the United Nations African Institute for Economic Development and Planning (IDEP), based in Dakar, Senegal. Before this assignmenthe served as the Executive Director of the Secretariat for Institutional Support forEconomic Research in Africa (SISERA) of IDRC, Canada, an Economist at the WorldBank and Associate Professor of Finance at the University of Windsor in Canada.He specializes in mathematical economics and his current areas of research areEconomic Growth and Africa's External Debt. Seck has published several articlesin scholarly journals and academic books. He is a member of scientific and editorialboards.