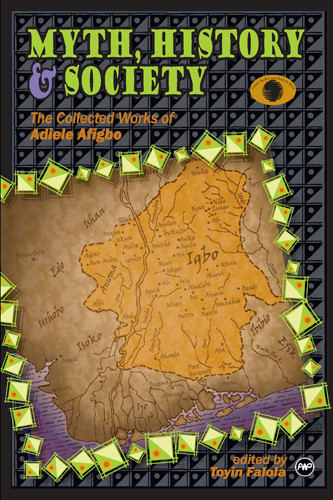 The basic idea in this book is that Nigerian historians, indeed historians of Africa, have from the birth of the new African historiography seen and pursued historical studies and historical writing as part of the larger effort to create, consolidate and run modern and modernizing states in Africa. It is this larger process that Professor Adiele Afigbo refers to as statecraft.

Afigbo makes the point that strictly speaking this role is not a new one in Africa. It is a revival and continuation of a process and profession which has been part of the African way of life as seen in the older versions of history, which we refer to today as mythys and legends, and which were constructed to shore up the states of old Africa and to create wide enough political space for the citizens of each state and society.

 The history of Africanization of knowledge cannot be written without placing Professor Afigbo at the center stage of the process.

From Igbo to African historiography, theoretical and empirical consideration and broadening the scope of African history provide the potent emotional drive of Afigbos work. He expands the canon of historical thinking and reinvigorates oral tradition as a sophisticated tool in the analysis and defense of African history.

ABOUT THE EDITOR
TOYIN FALOLA is University Teaching Professor and the Frances Higginbothom Nalle Centennial Professor at the University of Texas at Austin. A Fellow of the Nigerian Academy of Letters, his numerous books in this series inclde "Africa in the Twentieth Century: The Adu Boahen Reader," and "Igbo History and Society: The Essays of Adiele Afigbo." His memoir, "A Mouth Sweeter Than Salt" captures the history of his childhood.