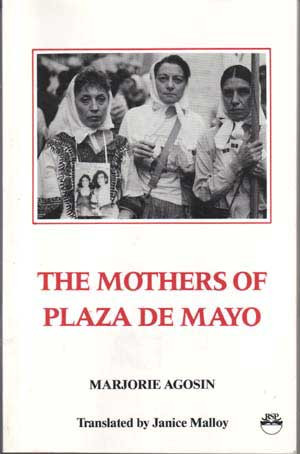 The mission of Epelbaum, who in 1977 helped to establish the Mothers of the Plaza de Mayo in Buenos Aires, offers the occasion for this prose miscellany - a collection of essays, notebook jottings, letters, poems, and other writings about the plight of Epelbaum and other Latin American women whose children have officially vanished, widely considered to be victims of government terrorism. The Mothers meet regularly in public protest of their children's likely deaths, and Agosin's cause is just as exemplary; would that her book did full justice to it. But it's a documentary hodgepodge of repetitive detail that lacks a clear focus and forward momentum. The book is as sentimental as it is personal. In return for a brave and impressively intimate view of Epelbaum's pain and perseverance - all three of her children were abducted and never returned or accounted for - we also come up against unsophisticated rant and cliches that only skirt the intensity of the experience. Surviving poetry by the Epelbaum children is undeniably poignant in light of their fates, but does not stand on its own. Minor failings include uncaptioned photographs and a table of contents without page numbers. -- From Independent Publisher