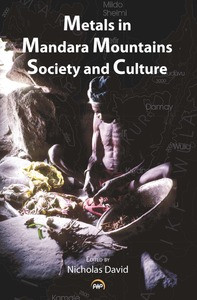 Metals, and especially iron, are critical factors of production and destruction and deeply embedded in social relations and cultural life. In the Mandara Mountains of Cameroon and Nigeria, anthropological research over a period of six decades has generated a rich body of data that stimulates exploration of the multi-facetted and complex relationship between technology, society and culture. Metals in Mandara Mountains’ Society and Culture is the collaborative product of researchers from six nations, all with long and ongoing experience of the mountains and their multi-ethnic montagnard inhabitants. It is unique in that it explores the implications of metallurgy for society and culture from points of view that together add up to a regional and multidisciplinary mosaic in which the results of their various approaches—ethnographic, archaeological, ethnoarchaeological and social anthropological— throw light upon each other.

Part II deals with the reciprocal influences of iron on society and culture. Nic David and Judy Sterner describe the varying forms of integration of ironworkers into montagnard societies. David’s quantitative study emphasizes the rationalization of the iron industry at various scales. David and Ian Robertson investigate the recent competition between montagnard and lowland smiths, and Robertson explores the factors that generate typological variety in hoes and knives.

Part III examines the indigenous caste phenomenon found in many montagnard communities in terms of the political and culture history of the area (Olivier Langlois), socio-cultural anthropology (James Wade) and in contrasting case studies of Kapsiki iron and brass by Walter van Beek.

Part IV, an afterword by Jean-Pierre Warnier, reflects upon and in part resolves tensions between authors’ conclusions while emphasizing that technologies are embedded in systems of agency that transform the persons involved.

This work constitutes the outcome of excellent field research. Its contribution is significant in numerous domains, embracing the technological, social and economic. One of its legacies will be a stimulus to develop not only comparable and comparative regional studies of the social and cultural implications of particular technologies but also wide-ranging explorations of technologies of the subject.

A very important thematic work of Social Science based on a critical mass of knowledge accumulated by Anglophone and Francophone authors researching in both Nigeria and Cameroon. Particularly valuable are its contrasting perspectives or approaches to the same body of material, as well as the insightful concluding chapter by Jean-Pierre Warnier.

Nicholas David is Emeritus Professor of Archaeology at the University of Calgary and Director of the Mandara Archaeological Project (1984 to 2008) in Cameroon and Nigeria. His works include Ethnoarchaeology in Action (CUP 2001), coauthored with Carol Kramer, several video programs and numerous articles on technology and society in the Mandara Mountains.