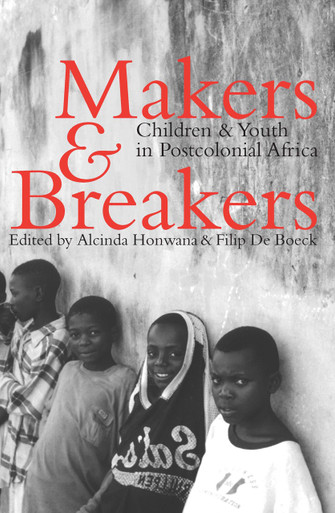 The “problem” of youth is presented as one of the great challenges of the twenty-first century. In Africa youth are portrayed as perpetrators and victims in civil conflict, leaders and led in political and religious movements, innovators and dupes in globalized culture. This collection navigates through stereotypes of “victim” and “perpetrator,” taking on themes of youth agency and the constructed nature of youth as a social category. It presents a new portrait of youth encompassing transition to a socially recognized adulthood, and an identity with its own social and cultural forms.

Contents: Introduction: Children & Youth in Africa by Alcinda Honwana & Filip de Boeck I CHILDREN & YOUTH IN A GLOBAL ERA Reflections on youth, from the past to the postcolony by Jean & John Comaroff II THE PAIN OF AGENCY, THE AGENCY OF PAIN Child-soldiers as interstitial & tactical agents by Alcinda Honwana- Young women in the Liberian civil war by Mars Utas- Conceptions of pain & children’s expressions of pain in Southern Africa by Pamela Reynolds- Consciousness, affliction & alterity in urban East Africa by Brad Weiss III CHILDREN, YOUTH & MARGINALITY: IN & OUT OF PLACE The forbidden masquerades of Oku youth & women by Nicolas Argenti- Song, choirs & youth in Botswana by Deborah Durahm IV PAST THE POSTCOLONY? Youth culture & violence in Sierra Leone by Ibrahim Abdullah- Children & witchcraft in the Democratic Republic of Congo by Filip de Boeck- Youth & street culture in urban Africa: Addis Ababa, Dakar & Kinshasa by Tshikala Biaya- Afterword by Mamadou Diouf

ABOUT THE EDITORS
ALCINDA HONWANA is a Program Director at the Social Science Research Council.