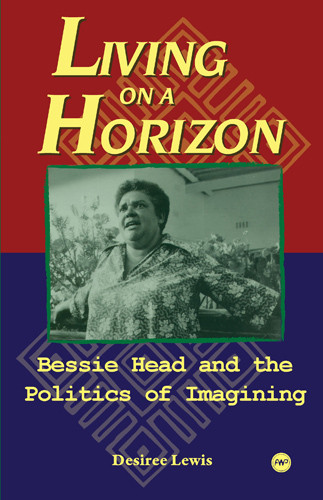 Bessie Heads writing illustrates a rich fusion of styles, subjects and philosophical and literary influences. "Living on a Horizon" explores this range by drawing both on postcolonial and feminist theories and on the variety of cultural references that Head acknowledges and that her writing evokes. Focusing on Head's acute sensitivity to wide-ranging social and historical experiences, the book deals with Head's use of myths and trans-cultural fictions that convey critical knowledge about her immediate world and the historical domains beyond it.

In addition, Bessie Heads autobiographical vision generates an idiosyncratic exploration of personal injustices as well as the broader processes they signal. Hinduism and eastern philosophy were central to Head's philosophical vision, and the book shows how this vision allowed her to explore existential questions and spiritual concerns in innovative and unexpected ways.

By using language auto-referentially and symbolically, by drawing on resonant myths and by developing abundantly textured metaphors, Head produces fictions that manifest the notions of freedom and serenity she urgently endorses, and that are as concerned with challenging the realities she confronts as they are with utopian imagining.