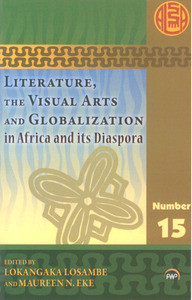 Two hundred years after the abolition of the Trans-Atlantic Slave Trade (1808), and fifty years after the emergence of the first independent nation in Africa (Ghana, 1957), creative writers and scholars who gathered in Burlington, Vermont, at the 35th Annual African Literature Association Conference, held in April, 2009, debated the state and relevance of  African and African Diaspora writers and artists’ engagement with global issues(such as cultural nationalism, subjectivity, migration, cultural translation, transnational identity negotiations, and artistic representations of others)  in the 21st century. The papers that make up this volume were selected from a pool of more than 450 presented at the conference, and they reflect the central tone of the debate as far as the theme of globalization in African and African Diaspora literatures and visual arts is concerned. Contributors include Wole Soyinka, Kwame Anthony Appiah, Akachi Ezeigbo, Tess Onwueme, Zakes Mda, Pius Nkashama Ngandu, Magdalene Odundo, Bernth Lindfors and Gareth Griffiths.

Lokangaka Losambe is Frederick M. and Fannie C. P. Corse Professor of English in the   department of English at the University of Vermont. His numerous publications include Borderline Movements in African Fiction (2005), Pre-colonial and Post-colonial Drama and Theatre in Africa (co-edited with Devi Sarinjeive, 2001) and An Introduction to the African Prose Narrative (1996). He is currently working on a book entitled Postcolonial Constellations within the Imperial Order: The Congo Narratives.

Maureen N. Eke is professor of English at Central Michigan University.  Her numerous publications include four co-edited volumes: Cross-Rhythms, African Images: Recent Studies and Texts in Cinema, Gender and Sexuality in African Literature and Film and Emerging Perspectives on Nawal El Saadawi.  She serves on the editorial boards of several international journals, including Critical Arts, Journal of African Cinema and Mbari.