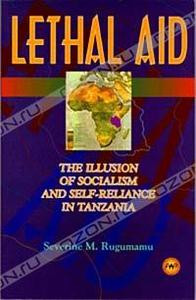 Despite massive infusions of financial and technical assistance from the northern hemisphere, Africa is worse off today - economically, societally, and environmentally - than it was 30 years ago. But were economic development, poverty alleviation, and democracy ever actually the objectives of either donor or recipient states in the first place? To what extent was the limitless potential of the self-reliance strategy foreclosed by the corrupting power of foreign aid? As much as military power, propaganda, or diplomacy, "aid" is - realistically and essentially - one of the economic instruments of statecraft and as such, has historically been used as a policy tool for various attempts at influence. While policies and strategies on both sides of the aid process may give primacy of place to development, actual practice almost invariably reveals the opposite, as donor and recipient alike employ aid resources to pursue their respective national, class, or even regime interests. Through the Tanzanian experience of "Big Brother's" helping hand, the author examines the true role of foreign aid in the development process and exposes certain widely-held myths about that role.

ABOUT THE AUTHOR
DR. SEVERINE M. RUGUMAMU is currently associate professor at Development Studies at the University of Dar es Salaam, Tanzania. He has published extensively on North-South relations, particularly on issues of foreign aid, technical assistance, technology transfer, foreign investment, and debt.