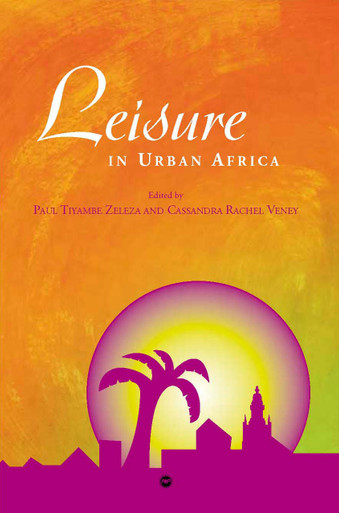 In this fascinating study, an interdisciplinary team of scholars reflect on the complex conceptions, creation, and consumption of leisure in African cities from the nineteenth century to the present. Collectively, they bring together often unconnected modes of analysis, research, and debate on leisure in African studies and draw intriguing comparisons with leisure studies in Western Europe and North America.

Combining sophisticated theoretical critiques, masterly historiographical surveys, and rich empirical analyses, the various chapters poignantly capture the meanings, styles and symbols of leisure, as it is molded and marked by the spatial, temporal, and social particularities of place, time and society, of geography, history, and social structure, including the inscriptions of class, status, gender, and other social markers. Leisure is both about the ordinariness and extraordinariness of daily life, poetry and prose to the pleasures and pressures, pain and pathos, promises and possibilities of effective and affective living.

Covering leisure activities from football to music and dance, to making and watching films, videos and television in cities from Cairo to Cape Town, Dakar to Nairobi, and the traffic of cosmopolitan and transnational leisure from abroad, including from the African diaspora, the book opens a new chapter in African social and cultural studies.

ABOUT THE EDITORS
PAUL TIYAMBE ZELEZA, a historian, literary critic, novelist, and short-story writer, is professor of history and African studies and director of the Center for African Studies at the University of Illinois at Urbana-Champaign. He is the author of scores of essays and more than a dozen books, including most recently Rethinking Africa’s Globalization (2 volumes) and the Routledge Encyclopedia of Twentieth Century African History. He is the winner of the 1994 Noma Award for his book A Modern Economic History of Africa and the 1998 Special Commendation of the Noma Award for Manufacturing African Studies and Crises.

CASSANDRA RACHEL VENEY is an associate professor in the Department of Politics and Government and the director of the Unit for African Studies at Illinois State University. Her publications include Women in African Studies Scholarly Publishing, as well as journal articles and book chapters that focus on refugees in East Africa, human rights issues, and Africa's relations with Asia and the United States.