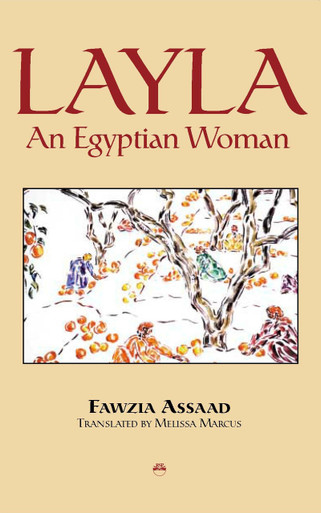 This is a fascinating story of the Egyptian revolution and the rise of Nassar, the formation of the state of Israel and the Israeli-Palestinian conflict, seen through the life and mind of a young Egyptian Christian woman, starting with the riveting narrative of her childhood in the world of the Coptic community of Cairo. We are witness to its customs, stories, food, music, religious rites, its mysteries; the desire of its women, and indeed, of the Egyptian woman, for emancipation, and their form of feminism.

Assaads novel is neither didactic nor tendentious; rather, in reading it, we may develop some understanding of daily life, and the politics of the Middle East as seen through Arab eyes, both Moslem and Christian. Although originally published twenty-eight years ago, it remains a novel with distinct current relevance, and it has had success through both its Hebrew and Arab translations.

ABOUT THE AUTHOR
FAWZIA ASSAAD, born in Cairo under the maiden name Mikhail, currently lives in Geneva. Her novels portray Egyptian society in all its complexity, describing all social classes, the Muslims and the Christian Copts, the customs, beliefs, humor, superstitions and politics. In each of her works, a thread ties ancient Egypt to modern day life. Assaad has been a novelist since 1975. She obtained a PhD from the Sorbonne in Philosophy and taught Philosophy at the University of Cairo.

ABOUT THE TRANSLATOR
KAREN MELISSA MARCUS is Professor of French at Northern Arizona University, with a Ph.D. (1991) in French literature from Stanford University. A member of the American Literary Translators Association (ALTA) since 1991, she focuses mostly on the study and translation of contemporary North African authors and texts, in particular on Algerian women authors. Her translations of novels and short stories by Ghania Hammadou, Malika Mokeddem, and Nina Bouraoui, and an interview of Malika Mokeddem, have been published in the journals Transition: An International Review, Callaloo, Algérie Littérature/Action and by Station Hill Press, The University of Nebraska Press, and The University Press of Virginia.