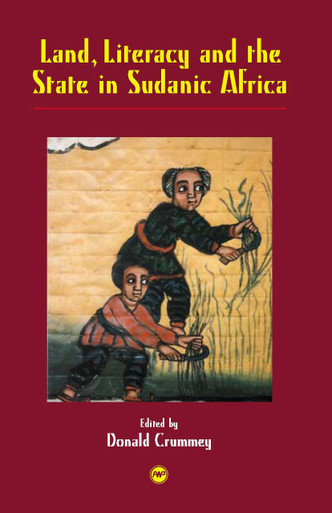 Land, Literacy and the State in Sudanic Africa re-conceptualizes Sudanic Africa—“the land of the Blacks” to classical Arab geographers—to include the Ethiopian Highlands in the East. It notes the prevalence of states across this belt of the continent and argues that to fully understand them, we must understand the relations between their rulers and their primary producers, who were either herders or farmers. It further argues that, while to some extent, these states were concerned to articulate the relations between farmers, herders, relations with the former were more essential to their on-going functioning. Thus, the book explores the role of agricultural land in these states—who owned it? Under what circumstances? How was it taxed? To whom did rulers grant special privileges over agricultural land? For what purposes?

This exploration is based on a rich tradition of written documents, which particularly characterizes the Middle Nile Valley and the Ethiopian Highlands, but which extends as far west as Dar Fur and Bornu. These documents reach as far back as the thirteenth century, in the case of Ethiopia, and detail the granting of land to individuals and to institutions (principally churches) and the subsequent private transfers of those lands. The book, thus, draws attention to the role of the state in African history.

Previous interest in the state has focused on external relations and long-distance trade. Land Literacy and the State argues that such a focus distorts both the origin and the continuing basis of these states—which lay much more with the relations between the rulers and the ruled, than it did with exogenous forces. Finally, the book calls attention to one of the important uses of literacy in historic Africa—the control and manipulation of land in the interests of political and social domination.

ABOUT THE AUTHOR
DONALD CRUMMEY is a professor in the Department of History at the University of Illinois at Urbana-Champaign. He has published extensively on Ethiopian history as a dimension to African history. His most recent book is Land and Society in the Christian Kingdom of Ethiopia: From the Thirteenth to the Twentieth Century (University of Illinois Press, 1999).