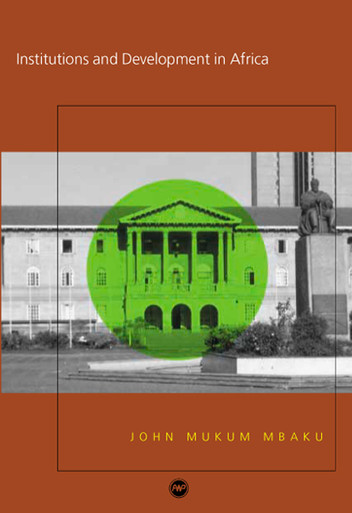 "Institutions and Development in Africa" is intended to make a significant contribution to the debate on poverty alleviation in Africa. It contains a refreshing, rigorous and informative analysis of underdevelopment in Africa using the tools of public choice theory and provides practical and effective policies and institutions to economic growth and development. While agreeing that the shortage of competent, highly skilled and well-informed bureaucrats has been a major development obstacle in many countries in Africa during the last forty years, the author argues that the most important contributor to poverty and deprivation in Africa is the absence of institutional arrangements that enhance indigenous entrepreneurship and wealth creation.

As Africans complete their second year in the new millennium, the continent remains the poorest and most deprived region of the world. The abrogation of economic freedoms has stunted entrepreneurship and prevented the creation of the wealth that the continent needs to deal with poverty. It is critical, then, that Africans engage in state reconstruction, through democratic constitution making, to provide themselves with institutional arrangements that enhance wealth creation and sustainable development. This transformative mode is so vital that living standards in the continent will continue to deteriorate, unless and until these institutional building blocks are in place.