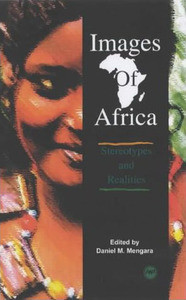 This book offers those rare and exceptional insights into the historical and cultural processes through which various perceptions of Africa were crystallized into negative images and stereotypes that became so pervasive and profound that Africa is still trying to shake them off. Working from a variety of interdisciplinary perspectives, the contributors to this volume, including Martin Bernal, the world-renowed author of the revolutionary Black Athena, add to the pool of new Africanist/Afrocentrist knowledge and revisionism through which huge chunks of purposefully hidden and deformed African history have been uncovered. This book aims to set the record straight by deconstructing the multifarious images and stereotypes that came to deform, invalidate, and misconstruct Africa century after century and buried it under layers of historical fallacies.

Contributors to this impressive volume include:

Daniel M. Mengara is Assistant Professor of French and Francophone Studies in the Department of French, German, and Russian at Montclair State University. He is the Executive Director of the Society of Research on African Cultures (SORAC), and the Editor-in-Chief of the SORAC Journal of African Studies. He has published a number of articles in the areas of Francophone, postcolonial and African studies. He is the author of La Représentation Des Groupes Sociaux chez les Romanciers noirs Sud-Africains (1996).