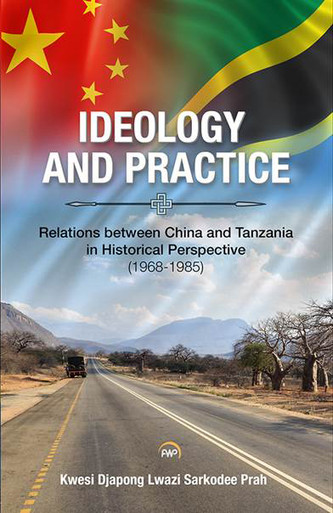 It is without question that a very relevant issue influencing our times concerns relations between Africa and China, in an increasingly competitive political and economic international arena.

Covering a period of roughly seventeen years, this book is a timely review of the historical narrative outlining policies, actions and impacts of state development between China and Tanzania. Its theoretical argument begins with the idea that perspective is a crucial determinant in understanding the value of history, and therefore the various geneses regarding human development.

Futhermore, the author argues that due to the expanding international architecture of Capitalism, and the various political and economic responses to military and financial powers in heated struggle, both China and Tanzania formulated and geared their foreign policies toward relatively common ends. The study then goes on to constructively highlight experiences that laid the foundations, and later changed the bilateral nature of relations between China and Tanzania, and consequently between African states and China.

In essence, these historical reflections are poignant reminders of the need for more strategic analyses on relations between African states and China. Specifically, it repositions the narrative of international relations with an Afro-Chinese perspective, thus making it an important reference point for future research on Afro-Chinese realities and their impacts.

"China has traded on the East African coast since the 14th century, during the Ming Dynasty and maybe even prior to that time. The relations between modern day Tanzania and China thus reflect the ancient historical ties and contemporary human encounters between two peoples separated by an ocean but most certainly not apart in historical, political and socio-economic terms.

Prah brings to the pages of his Tanzania/Africa and China narrative the depth and complexities that characterize a long standing relationship between the two societies, even as he highlights the pitfalls as well as the opportunities that such transnational relations portend for both societies as they move dynamically through the first quarter of the 21st century. This book is essential reading for all scholars who are interested in understanding the unfolding scenario of Africa-China relations in the coming years."
-Prof. Patricia McFadden

"The first comprehensive study on the history of Tanzania-China relations. The author used English and Chinese resources to critically examine the relationship between the two countries, and thus provides an essential academic reader on the subject...We need more African historians like Kwesi Djapong Prah who obtained knowledge from both Africa and China."
-Prof. Li Anshan

"Although the scholarship of Africa-China relations is expanding rapidly, there are few nation-level historical studies. This theoretically-interesting, empirically-informed study of the early post-colonial period in Tanzania is a valuable addition to the literature. It locates the changing relationship within the context of the world capitatlist system and provides both a detailed analysis and an extenstive discussion of the historiographical issues involved."
-Frank Youngman, African Studies Center, Shanghai Normal University

ABOUT THE AUTHOR
DR. KWESI D.L.S. PRAH is currently based at East China Normal University, Shanghai. He has lived and studied in over 9 countries worldwide, and his research interests revolve around critical approaches to the science of history, African and Asian contemporary history.