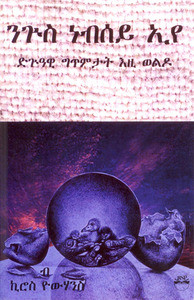 POETRY THAT IS UNIQUELY SUBTLE

When I first read the poems posted on Asmarino.com under the name of Kiros Yohannes, some years back, I was struck by the unique form (Style) and the serious and varied content.  I was curious to know who he was.  Judging by the depth and range of subjects covered by the poems, I presumed him to be a product of the classical Geez Qinye school and emailed him expressing my appreciation and encouragement.  He responded immediately with words of thanks, and inquired if I was the man generally known as Dr. Bereket.  I emailed back saying that I was indeed that same person.  We exchanged phone numbers, and I asked him if he was a product of the classical Geez education—a haleqa.  He answered with a chuckle that he was not: that he was barely thirty years old, and that he expanded his knowledge of Tigrigna through readings of the Bible.

It was hard to believe, but there it was!  The quality of Kiros’s poetry cannot be explained, however, only in terms of knowledge acquired through (Biblical) reading.  Poetry’s quality emanates more from natural gift than through education.  Education adds depth and texture to what is endowed naturally; it cannot be a substitute for it.  The 78 poems contained in this volume display an enchanting linguistic skill as well as express deep human emotions of love, hope , despair, and life’s other challenges.

Because Kiros is Eritrean (a proud one at that), the point of departure of his poetry covers issues concerning Eritrea and Eritrean affairs.  Nonetheless, the poems confront issues of universal relevance touching on common human thoughts, emotions and actions.  Some of them delve into the question of power and the consequences of the corruption of (absolute) power.  Some examine individual conscience and the struggle of individuals as well as the general sad predicament facing the nation.  Others register the operation of individual conscience, of aspirations and disappointments. Kiros Yohannes’s pen turns the blood and sweat of suffering people into eloquently flowing ink.  It soothes and comforts; and it may perhaps awaken the slumbering conscience of many and mobilize them for the struggle ahead.  You never know.  As the famous English poet P. B. Shelley said, poets are the original legislators of society.

Two poems that touched my heart are written in memoriam to Yemane Gebremichael (Barya) and Russom Haile.  All of Kiros poetry is full of symbolism and delightful language.   I hope and trust that this volume will be instructive to the present and future generations of Eritreans.

-Review by Dr. Bereket Habte Selassie, Author of The Crown and the Pen: The Memoirs of a Lawyer Turned Rebel)