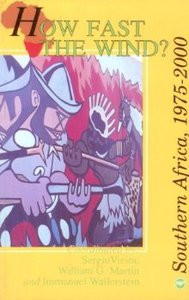 How Fast the Wind? asks the question, what is the reality of the fast-moving, continuous change in southern Africa from 1975 to the year 2000? Clearly there has been political independence-- of Mozambique and Angola, of Zimbabwe, of Namibia. And now we seem at last on the road to democratic government in South Africa.

But what of the region as a region? How is its hierarchical structure, with semi-peripheral South Africa deriving great economic advantage from its long standing linkages with its most peripheral neighbors, being transformed in the process of political struggle? Or is it?