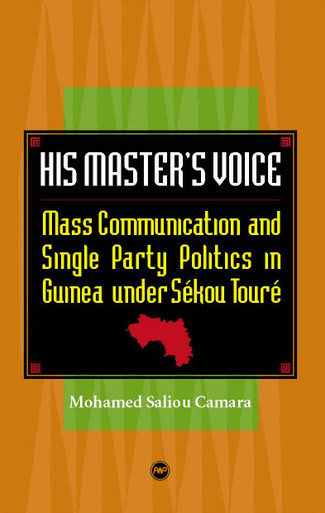 By using the case study of Guinea, the author explores systemically (1) the nature of the single-party regime and the role of first-generation post-colonial African leadership, (2) the central role of ideology in the twin-programs of statecraft and nation-building by ideological one-party states, and (3) the contribution of mass communication to the PDG (Parti Démocratique de Guinée) regimes political survival and self-rejuvenation under the charismatic leadership of Sékou Touré from 1957 to 1984. With carefully examined inside accounts the author, himself an insider, documents the different phases and facets of the recent political history of Guinea which was dramatically affected by the Cold War.

Adopting a deconstructionist perspective, the author identifies the political symbiosis of ideology and mass communication as the pillar that sustained the regime of the African nation-states, rather than state repression of political dissent or Sékou Tourés personal charisma as widely believed. The author argues that ideology was the political blood of the party-state in Guinea and mass communication functioned as its circulatory system.

He furthermore demonstrates that with Sékou Tourés theory of information révolutionnaire serving as the official guideline for all mass communication, ideological sensitization/indoctrination and political education/regimentation of party membership led to the structural rejection of any ideas deemed incompatible with national unity. This, in turn, led to the merger of ideology and political mythology that culminated in institutionalized self-censorship as the defining norm of revolutionary participation in statecraft and nation building in Guinea.

ABOUT THE AUTHOR
MOHAMED SALIOU CAMARA is Assistant Professor of History and International Studies at the Embry-Riddle Aeronautical University in Daytona Beach, Florida. He holds a PhD in history from Northwestern University. He taught philosophy at the University of Conakry, worked as a broadcaster for the Guinean National Radio-Television Network, and served as President of the National University Press of Guinea and junior editor for the Presidential Press Bureau under the late president Sékou Touré.