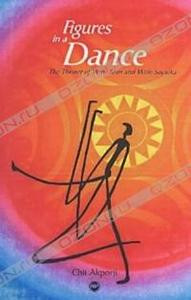 The correlation between the sensibility and the environment of an artist has been pivotal to critical debate for centuries and will continue to be so as long as the creative impulse and its expression remains an inexorable fact of life. This book makes its own peculiar contribution to the debate in the context of a comparative study of the theater of W.B. Yeats and Wole Soyinka, prominent artists from quite different environments and time frames, with reference to their major plays. It argues that when faced with particularized national experiences, both artists adopted similar as well as contrasting approaches to expressing their reaction.

Both turned to theater, adjudged the most revolutionary form of communication known because of its psychical as well as visual audience affective properties, to express an ontological and universal vision of the individual, who is projected as a tragic figure in the dance of life. Yeats and Soyinka immerse themselves in the complex traditional matrix of their respective societies but marry this matrix with Western theatrical thought and conventions dating from ancient Greece. Myth is the language of expression in these plays, with ritual providing the structural framework for the dance of transition, which invariably creates opportunities for a re-evaluation of values essential for the continuity of life.

The composite that emerges from the integration of disparate traditions is at once highly nationalistic and universal, endorsing the idea of a contiguity of worlds taken to its logical conclusion in our present Age of Information.

Chii Akporji has taught Western and African literature at the University of Calabar, Nigeria, and at American universities. She has also worked as a journalist, a broadcaster and publisher, and has published a number of articles and short stories. She is working on her first full length novel. She is currently on the staff of the World Bank.